3. Wines Information:  All Wines from Spain

A fresh white wine made from the Spanish grape Verdejo with crisp Sauvignon Blanc-like aromas given an intriguing herby lift. Cool fermentation techniques extract the maximum fruit intensity from the flavour some grapes, and careful handling ensures good acidity levels are retained throughout. Try with Thai dishes. from: http://www.waitrosedirect.com

The Sanz family is one of Rueda’s best known producers, and their wines offer a very good price-quality ratio. Their Verdejo is pleasant, fresh and light, a quality white wine ideal for everyday drinking and perfect for keeping you cool during the summer! From http://www.vinissimus.com

” With the best Verdejos we expecto both texture and complexity along with a vibrant, lemony citrus character and a healthy doses of pear. With Bornos two fun things happen as well: it exhibits little of the grassy notes found in some verdejos and a finish almost tangible pear-skin note”
This is a fresh white wine with a crisp acidity. It is a good example of Verdejo from DO Rueda.

This winery was founded in 1870 in the town of La Seca. It expanded nationally and internationally in the XX century.

In 1976 the fifth generation of the Sanz family started the construction of a new winery in Rueda and begin the mos recent history of Palacion de Bornos.
Rueda soil and climate. Gravely, permiting great ventilation and drainage.
Continental climate with low rainfall. 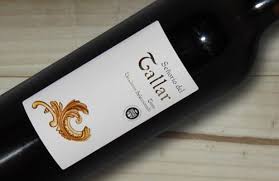 http://evewine101.com/  Grape Characteristics: Intense purple color, made from vines between 50 and 70 years old, aged in Hungarian oak. Aromas of incense, Asian and black fruits complement the dense texture with a fine and long finish.

Notes:  Luckily the wet cardboard smell (an indicator of cork taint) blew off quickly and I was left with dark fruit and the faintest hint of leaves.  The taste was all deep, dark fruits – a bowl full – framed by cigar, tannin and dust.  Another nice discovery. 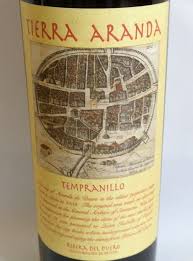 ” Bright red color with fresh fruit aromas and a hint of oak, structered in the palate, full bodied, spicy and round, Great balance and a long and lasting finish. Ideal with meats and cheese”. (label)
” Fresh, blackberry, oak, spice, full bodied”
” Deep purple in color, it offers up an inviting nose of sandelwood, Asian spices, tapenade, mineral, and blackberry. Some complexity in the palate”. Wine Advocate. 93 points.

“Grapes of the Tinta del Toro variety selected by hand in our oldest vineyard.
The wine is preocessed in our modern installations and then aged in oak barrels which make Sobreno a unique pleasure for any lover of fine red wines” (information in the label).
12 months in american oak barrels, 12 months in bottles.
Bodegas Sobreno was founded in 1998. In the early 90s a group of Rioja Winemakers became interested in Toro, convinced that top class wines could be made from the local Tempranillo clone known as Tinta de Toro. The combination of Rioja know-how, modern technology, strict attention to detail and fine old vines plantings has led Bodegas Sobreno to success.
The winery has 1400 barrels and boast production capacity of 500,000 bottles a year. The principal winemaking consultant is Manuel Ruiz Hernandez, one of Rioja’s most respected enologist. The wineyard currently owns 80 hectares, of which about half are vines over 30 years old and divided into may small parts.
In addition the winery controls 155 hectares of independently owned old-vines plots. The wineyards are 100% Tinta de Toro.
Soil types are allovial with a thick clay subsoil and a mix of sand and gravel. Yields are quite low, averaging 4000 kgs./hectare.

Winemaker’s Notes:  Most famous as the predominant grape in the blended wines of Rioja, Tempranillo has emerged as a potential star in regions as disparate as Australia and California. Tempranillo generally produces medium-bodied wines with juicy acidity and bright raspberry fruit enlivened by notes of dusty earth, dry herbs and leather.

A very careful selection of grapes harvested by hand, in old vineyards around Cigales, in the Ribiera del Pisuerga area. Aged for two years in French oak. A full rich wine, similar in style to Rioja, great value. From:  Http://www.pauladamsfinewines.co.uk.

4.    Aspects of the Production Regions

This tasting focus the main Producing Regions of Castilla y Leon that are Ribeira del Duero, Rueda, Toro and Cigales.

Wine production here was generally fairly basith until the 1980’s when Ribera del Duero won its DO status and started make its presence felt.

Rueda is located north west of Madrid in the region of Castille and Leon. Laid on a high, flat plain that’s served by the Duero river, Rueda has a continental climate that’s affected by the Atlantic.

This area is prone to frost, freezing fog and high winds during the winter and spring and so growers elect to train the vines close to the ground. However, Rueda enjoys long hot summers, around 2,700 hours of sunlight and a low chance of drought.

Rueda has an excellent reputation for fine white wines made from the Verdejo grape, and approximately 90% of vineyards focus on this grape. According to Rueda’s laws, Macabeo and Sauvignon Blanc can be used in a white wine blend but Verdejo has to constitute the significant majority. Red grapes are permitted and more recently Rueda has been growing Cabernet Sauvignon, Merlot and Garnacha aside from the traditional Tempranillo.  From http://www.waitrosedirect.com.

The production area included in the Denomination of Origin Rueda is located in the Region of Castilla y León and consists of 74 towns and villages, 53 of which are located south of the province of Valladolid, 17 to the west of  Segovia and 4 north of Ávila.

The different grape varieties grown here are irregularly scattered over the several municipal districts comprising Rueda Appellation of Origin. However, it is the area found within the boundaries of La Seca, Rueda and Serrada where vineyards are in a higher proportion and greater intensity.

There is only one D.O. in the region of Rueda, which is “Rueda D.O.”. Within the D.O. there are many styles of wine, and these styles each get their own back label. Learn about these styles and their corresponding black labels here. 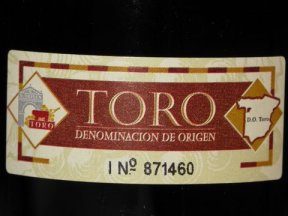 Ribera  del Duero is a Spanish Denominación de Origen (DO) located in the country’s northern plateau and is one of eleven ‘quality wine’ regions within the autonomous community of Castile and León.[1] It is also one of several recognised wine-producing regions to be found along the course of the Duero river.
The region is characterised by a largely flat, rocky terrain and is centred on the town of Aranda de Duero, although the most famous vineyards surround Peñafiel and Roa de Duero to the west, where the regional regulatory council or Consejo Regulador for the denominación is based. Text from Wikipedia.

Ribera del Duero is home to the world-famous and highly-prized Emilio Moro, Cepa 21, Vega Sicilia and Tinto Pesquera wines and is dedicated almost entirely to the production of red wine from the Tempranillo grape.
Ribera del Duero was named wine region of the year 2012 by the prestigious Wine Enthusiast Magazine.

This region within the Castilla y Leon province runs along the Pisuerga river. Wine-making dates back many centuries, having quenched the thirsts of the nobility and religious disciples who lived in the many castles and monasteries that dot the countryside. Cigales was finally awarded D.O. status in 1991.

Cigales has a very hot and dry continental climate. This is a region now mostly known for its rosados of Tinto del Pais (Tempranillo) and Garnacha, with quality red wines made from the same grapes. A small amount of white wine production is produced from Verdejo and Albillo. – Description from Amanda Schuster (snooth.com)

Cigales is a Spanish Denominación de Origen (DO) for wines located to the north of Valladolid (Castile and León, Spain) along both banks of the River Pisuerga.

It includes several municipalities, including Valladolid itself, Dueñas, Cabezón de Pisuerga, Cigales, Corcos del Valle, Cubillas de Santa Marta, Fuensaldaña, Mucientes, Quintanilla de Trigueros, San Martín de Valvení, Trigueros del Valle and Valoria la Buena. The DO has an extension of 574 km² and is at an altitude of 750 m above sea level. It is a relatively recent DO, having been created in 1991. Wikipedia.com

Like other DOs in the region, Cigales supplied Valladolid and other cities with wine during the Middle Ages. While Toro supplied red wine and Rueda white wine, Cigales specialised in clarets and rosés. These wines were made until recently in underground cellars, which were often shared by small wine-makers (bodegueros) and which were excavated to depths of over 10 m.